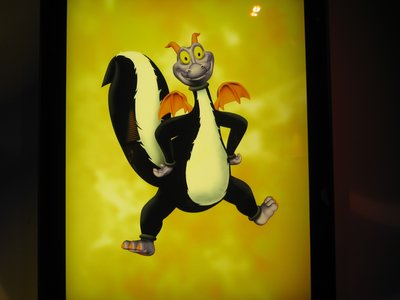 All Four Disney World Parks In One Day – Really?

Some wonder – can they really see all that Disney World has to offer in just one day.  The answer to that question is certainly no.  With four parks and dozens of rides, attractions, and shops, one day just isn’t enough to see it all.  But some also wonder if they can get a quick taste of all four theme parks in one day.  The answer to that question is yes.  But whether it is a good idea is a different question.  More on that later.

Christopher Elliott wrote an article for the National Geographic web site on the idea of visiting all four parks in one day (Source).

Disney sells a one day park hopper pass – meaning that you get access to the parks for one day, and you can ‘hop’ from one park to another, visiting multiple parks in a single day.  I suspect that when Disney designed this ticket option they assumed you might visit two parks in one day – not four.  But you can technically visit all four parks in one day.

Christopher started out at the Magic Kingdom – typically one of the busiest parks at Disney World.  By arriving early he was able to take his family on three different classic Magic Kingdom attractions, including Pirates Of The Caribbean, Peter Pan, and It’s A Small World.  No time for more than that – off to the next park.

A short monorail ride from the Magic Kingdom is Epcot.  With family in tow, he rode on the boat ride in The Land and went on The Living Seas With Nemo and Friends.  He was able to sneak in a quick lunch.

Next it was off Disney’s Hollywood Studios where they were able to ride The Twilight Zone Tower of Terror and see Muppet Vision 3D.

Finally, it was a mad dash over to Disney’s Animal Kingdom where they were able to take in the animals on Kilimanjaro Safaris and also see the 3D show call A Bug’s Life.

Christopher spent about two hours in each park:  Magic Kingdom from 9-11, Epcot from 11-1, Disney’s Hollywood Studios from 1-3, and Disney’s Animal Kingdom from 3-5.

He was able to take in nine different rides.

While Christopher proved that it is technically possible to see each of the four Disney theme parks in a single day, it isn’t necessarily a good idea.  At the end of the marathon his kids were tired, hungry, and worn out.

Personally I think this was a fascinating exercise.  I had never considered trying to visit all four parks in one day.  However, I suspect that even Christopher might agree that it isn’t an optimal plan.  Most experts agree that you can easily spend two days in any one of the parks.  There are so many attractions, shows, and details to take in.

If you only have a day and you aren’t like to be back at Disney World, this marathon touring approach may be your only way to get a little taste of everything that Disney offers.  However, you might be much better off just visiting one or two of the parks that most interest you – and get a bigger taste of each of them.

Also, it is very unlikely that you would get to see as much as Christopher did if you go during peak crowd times in the summer or around Christmas.

Finally, realize that you will need to spend quite a bit of time in transit between the parks.  The parks are not located next to each other, so just getting from place to place will take up a significant portion of your time.