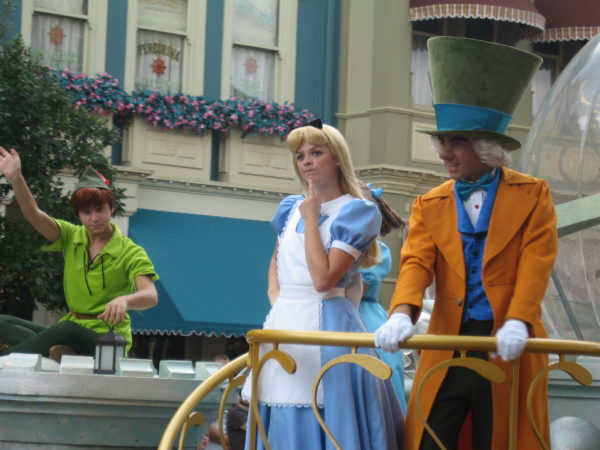 Peter Pan, Alice, and the Mad Hatter in the Celebrate a Dream Come True Parade

Actors’ Equity Association, the union which represents people who work with live theatrical performances, has made an agreement with Walt Disney World for its members to return to their jobs in the parks.

The union was concerned about ongoing testing for members, stating that Disney was going to test personnel involved in television and movie production, so they should also test Cast Members who put on live performances in the parks.

A representative for Actors’ Equity announced that they have signed a memo of understanding with Disney for performers to return.

Glad that actors will return to Disney World?