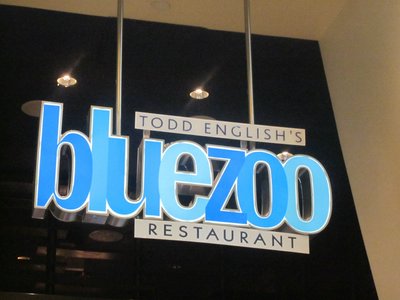 After long days of wrangling large groups of travelers together, braving the screams of infants, working one’s line-waiting strategies to the fullest, and in general just getting worn down by all that Walt Disney World entails, many adults want to cut loose and look for some adult fun near Disney World – but not necessarily in the park.

The surrounding areas have a lot of fun for adults to offer World-weary vacationers. Those who want to kick back without leaving the safety of the most Imagineered place on earth can also find ways to take a load off within the bounds of the Disney World parks.

After A Day Of Diapers, Adults Deserve To Be Pampered

Disney World vacations are expensive. The cost of the therapy necessary to assuage grown-up stress can be accordingly high, so worn-out relaxation seekers are well advised to consider the charges for services, lest they go back home and discover that all the relation they were supposed to have on vacation is nowhere to be found and they are actually worn out after their vacation!  As with everywhere else, the fancier the hosting establishment, the higher the price will be. At the same time, the best overall spa is not necessarily the most expensive.

From shows to spas to amazing dining, there are plenty of great things for adults near Disney World.

Topping the charts in dollars is the Mandara Spa, with one location at the Walt Disney World Dolphin (in-park) and one at Loews Portofino Bay Hotel (off the Disney campus at nearby Universal Studios Resort), with services ranging up to eye-popping $550 plus for spa services. The facilities at the Portofino Bay location are decidedly nicer than those at the Dolphin. The luxurious appointments at the off-campus location are either much more bland or entirely absent at the version in the park. Savvy shoppers who know that the services are about the same in quality at both locations might want to throw their hard-earned cash at the beautiful Portofino Bay location rather than the muted, partially co-ed Dolphin version.

Ruler of the realm of relaxation and luxury is the Ritz-Carlton Spa in Orlando. This fabulous facility’s spa service pricing maxes out at $330, but its facilities, amenities, and customer service are unparalleled in the region. The hotel is but a short drive from Disney World, but just as Disney strives to do, guests feel they’ve entered a completely different kingdom when they’re there. Each treatment includes a tour, and post-treatment, guests can melt into a steam room or whirlpool tub or swim a few laps in the pool with the use of gratis sunscreen, towels, and drinking water.

If scented candles, massages, and bath salts don’t do the trick, perhaps a beverage especially made for adults will. Many of the Walt Disney World parks offer evening attractions such as Fantasmic! at Disney’s Hollywood Studios; Epcot features a fireworks and laser show (Illuminations) and more. Many of these attractions can be accompanied by libations of grown-ups’ choice, and of course, there is always the free shuttle service if mom or dad have half a glass of wine and aren’t sure they can lead the troupe back to their Disney World resort!

In fact, many of the evening shows such as the Hoop-de-doo Musical Revue, the Spirit of Aloha Dinner Show, and Mickey’s Backyard BBQ offer age-appropriate unlimited beverages and all-you-care-to-eat helpings of food. These last three shows require advance reservations and fill up quick.

Note, however, that the Magic Kingdom theme park is alcohol free.

If the aim is to get out of the Disney environment, however, Orlando has much to offer. Universal Citywalk provides the main competition to Disney’s nighttime fare. Some of their offerings are stupendous, such as the Citywalk Rising Star, where anyone can set free their undercover diva or virtuoso, singing their favorite songs with the backing of a live band! At Margaritaville (Jimmy Buffet’s brain child), guests enjoy a huge range of libations, live shows, and meals to satisfy any palate, from the homesick to the adventurous. There’s also Hard Rock Orlando on the docket, with a café and live music venue. An original attraction is the Bob Marley – A Tribute To Freedom where diversion seekers can enjoy live reggae music while they sip a Red Stripe beer. There are also several nice restaurants to be found in Celebration, the Disney-designed town right next door to Disney World.

For many people, retail therapy is a sure path to some well-deserved comfort at the end of a day of playing engineer to the kiddie train. Celebration, Florida is a small, upscale town that offers boutique shopping and the aforementioned nice restaurants. Shops here range from kitschy Sanrio selections to the pun-derful Woof Gang Bakery that sells upscale canine treats.

International Drive is the center of the tourist district of Orlando, featuring several discrete shopping centers such as Pointe Orlando. Pointe Orlando caters almost entirely to out-of-towners. This center features mid-range favorites such as Hollister, Tommy Bahama, and Armani Exchange. There are other more specialized shops here such as Design By U, offering embroidery tailored to customers’ specifications; Brighton Collectibles, with their watches and leather crafts and Artsy Abode, selling Pandora jewelry and Vera Bradley items.

Universal Citywalk offers more than its evening entertainment. With ten blocks to sashay through, there is more than enough shopping to distract vacationers. Lush, the specialty enviro-friendly soap peddler has a presence here, as does Fossil, hawking their upscale watches and jewelry. For those with a sweet tooth, It’s Sugar has a huge selection of human treats, while Things From Another World peddles comics and sci-fi gadgets and gizmos galore.