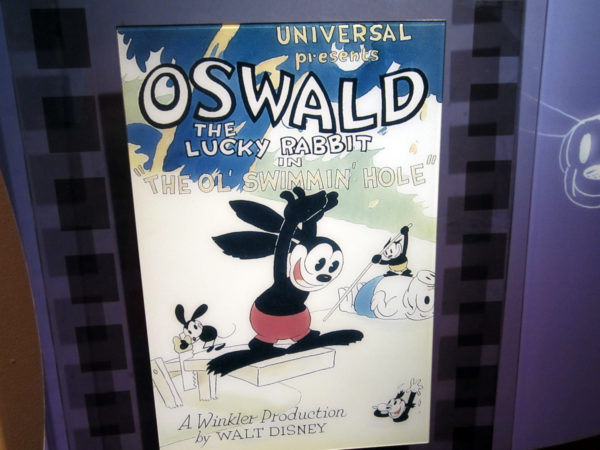 VIDEO: All About Oswald The Lucky Rabbit

While I was in Disney World for the Grand Opening event at Mickey & Minnie’s Runaway Railway, I had the opportunity to interview Tim O’Day, a Disney historian and expert.

Tim has been working for Disney since he was 13 years old! When he was in college, he worked on Disney’s Public Relations team on several well-known attractions and lands including New Fantasyland, Captain EO, Star Tours, and Splash Mountain. In 1991, he became an Imagineer and since worked on Disney World’s 20th anniversary, EuroDisneyland (now, Disneyland Paris), and Disney Publishing. Through all of this work, Tim became a real Disney expert!

I was told I could ask him anything, and I really wanted to know about Oswald!

Oswald the Lucky Rabbit was Walt’s first animated star, but Oswald was stolen from him, and Walt was forced to start over. There’s a vast history to Oswald and Mickey Mouse, and Tim O’Day shares a bit of that history with us!

Are you glad Oswald is back at Disney?