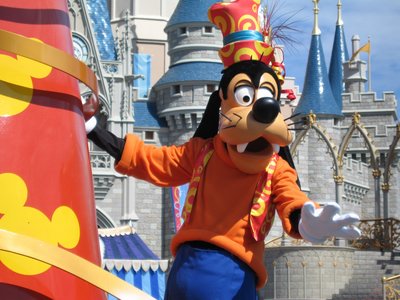 A Quick Tour Of The Huge Scope Of Disney World

It’s also a sure way to miss out on some of the best opportunities, simply because you didn’t know they existed. Before you starting delving into the complicated world of extreme trip planning, it’s best to have an overview of what you are getting yourself into. Let’s start with a little tour of Disney World here.

Disney World opened in 1971 with only one theme park – the Magic Kingdom, which was modeled closely after Disneyland in Anaheim, California. However, Walt Disney had always envisioned Disney World as a much larger resort area including several additional parks and luxury themed hotels. Epcot, originally conceived by Disney himself, followed the Magic Kingdom in 1982, Disney’s Hollywood Studios in 1989, and the Animal Kingdom in 1998. Several luxury resorts opened at the same time as the Magic Kingdom, including Disney’s Contemporary Resort and Disney’s Polynesian Resort. The Palm and Magnolia gold courses also opened around the same time. Additional resorts ranging from deluxe to value have opened in every decade since, and the Disney World resort has added additional golf courses, two water parks, a sporting complex and a shopping district called Disney Springs.

In all, the Walt Disney Resort covers almost 50 square miles of land in central Florida, and is located about 20 miles from the city of Orlando. Close to the Highway 192 and Interstate 4 freeways, and the entrances to the resort, sit the majority of Disney World’s parks and resorts. If you think of Disney World as an isosceles triangle, tipped slightly counterclockwise, the Magic Kingdom is at the apex of the triangle while the remaining parks line up roughly along the base of the triangle. Epcot is at the center of the baseline, with Disney’s Hollywood Studios to the southwest and the Animal Kingdom further southwest at the far corner of the triangle. Northeast of Epcot along the baseline is the Lake Buena Golf Course and Disney Springs.

The original park, the Magic Kingdom, remains the most visited park and Disney World and the rest of the world as well. The Park consists of regions or lands with unique theming, including the popular Fantasyland, Adventureland, Frontierland, and Tomorrowland. There are also the smaller areas of Main Street USA, Liberty Square, and Storybook Circus. This theme park has a large number of rides and attractions suitable for small children, as well as some moderately thrilling roller coasters that will appeal to older visitors. The symbol of the Magic Kingdom is the incredible Cinderella Castle, which has become an image associated with the Disney brand worldwide.

The Magic Kingdom is connected to the rest of the resort by a road, and to Epcot via the monorail system – a single rail train that is both a means of transportation and an attraction in and of itself. Epcot, in turn, is connected to the rest of the park by a system of roads. Epcot theme park has two main areas, each in their way a celebration of human achievement. At the entrance to Epcot is Spaceship Earth, the icon of the park. Past Spaceship Earth are the attractions of Future World, arranged in a circle. Future World celebrates technology and innovation with a combination of rides, shows, and interactive displays. Beyond Future World is the World Showcase Lagoon, around which, in a much larger circle, sit the 11 pavilions of the World Showcase. Each pavilion is dedicated to a different country, with replica buildings, restaurants, art displays and shops dedicated to celebrating the culture of each country.

From Epcot, it’s a short walk or lightning fast bus ride to Disney’s Hollywood Studios. Unlike the other theme parks, which are divided into clearly defined areas, Hollywood Studios is meant to imitate the haphazard and crowded layout of a studio back lot. The attractions at this park are all movie and television themed, and include several live stunt shows. There are a couple of thrilling rides like the Twilight Zone Tower of Terror and the Rock N Roller Coaster Starring Aerosmith, but mostly this park is about shows, shows, and more shows.

Disney World’s newest and largest theme park is the Disney’s Animal Kingdom. Its theme is animal conservation, and in addition to shows and amusement park attractions, this park also has a large number of wild animal exhibits. It is accredited by the Association of Zoos and Aquariums. Some animals have their own standard zoo-style enclosures, but many animals live together in jungle and savannah habitats that extend over many acres. Guests may take a safari tour or walk a jungle trail in order to observe these animals in their habitats. The Animal Kingdom is divided into seven areas: the Oasis, Discovery Island, Africa, Asia, Dinoland USA, Rafiki’s Planet Watch, and Cam Minnie-Mickey.

Surrounding each of the theme parks are a number of themed resort hotels, totaling over 20 in all. These resorts are as meticulous and detailed in their theming as the parks themselves, each endeavoring to create an entire world and transport guests to a different place and time. Examples include the Wilderness Lodge, designed to resemble a national park lodge in the Pacific Northwest, or the Grand Floridian, designed to whisk you away to The Seaside resorts of Victorian-era Florida. The deluxe resorts are extremely expensive, but the value resorts can be extremely affordable, and all include complimentary transportation to any area in the larger Disney World resort. The resort area surrounding the Magic Kingdom includes a campground for tent or RV camping– by far the most affordable lodging option at Disney World.

To the east and the north of Epcot sits the dining and shopping village of Disney Springs. This area has its own smattering of Disney resort hotels, as well as several resorts and motels not operated by Disney Parks. Disney Springs is the only major area of the Disney World Resort that is open to the public, and does not require you to purchase a ticket for admission.

Disney’s Typhoon Lagoon Water Park sits between Epcot and Disney Springs, while the Blizzard Beach Water Park sits between Hollywood Studios and the Animal Kingdom. Finally, the ESPN Wide World Of Sports Complex is located directly south of Hollywood studios. This last attraction is not strictly an attraction at all, but at certain times of year visitors can watch various sporting events at the huge multi-sport facility.