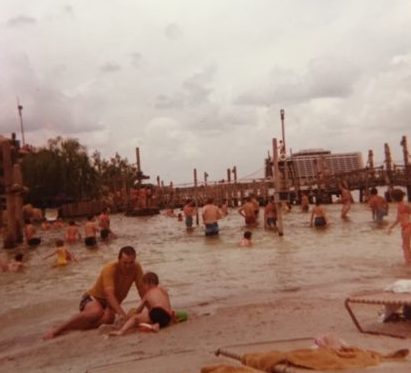 Abandoned Disney World: Five Things Still There, But Not Used

There are plenty of things in Disney World that have been there since opening day or even longer. Some attractions like The Carousel of Progress and it’s a small world were created long before Walt Disney World opened, and others like Country Bear Jamboree and The Haunted Mansion were present on October 1, 1971.

Not everything in Disney World has that kind of staying power.

If Disney closes an attraction and doesn’t replace it with something else, sometimes there’s no real value in tearing it down.  Disney has a reputation of just leaving them totally untouched – sometimes for decades.

The Disney World version continued to operate until 2001 when it closed. The dock for the boats is still there, and you’ve probably seen it dozens of times and never realized it. Disney has maintained the dock enough for it not to be crumbling.

Guests can still experience ImageWorks today, but the original ImageWorks used the second floor of the Imagination Pavilion and was the post ride attraction of Journey Into Imagination. This playground area was located inside the giant glass pyramids. To get to ImageWorks, you had to go through the Rainbow Corridor, which was a large winding tunnel with moving colored lights.

The Imagination Pavilion in Epcot‘s Future World opened in 1982 and holds some serious nostalgia for long time Disney fans. Figment, the loveable purple dinosaur who lives in the pavilion, has become Epcot’s mascot.

This area was converted to a Disney Vacation Club lounge after the attraction closed in 1998, but the Rainbow Corridor is probably still there behind the wall of the lounge.

The Wonders of Life Pavilion in Epcot is not technically abandoned because it is still open to guests but it only functions as a festival center. Since festivals run almost year round now, the pavilion gets a good bit of use.

However, there are no operational attractions open to guests since the pavilion technically closed on January 1, 2007.

Since the pavilion is used for festivals and festivals are only growing longer and longer, it will probably never have attractions again. Regardless, there are no official reports that Body Wars and Cranium Command were dismantled, so they’re probably still there, and could even be fully operational.

On June 20, 1976, Disney’s River Country opened as the first water park at the resort. It was billed as an old-fashioned swimming hole, and it was very popular. There were water slides and rope swings, and everything emptied into a large pool that looked totally natural.

River Country was conveniently located on Bay Lake, and although the water was filtered, the park had several issues with people getting sick from bacteria in the water.  Some guests also encountered not so friendly Florida wildlife.

The park closed on November 2, 2001 for refurbishment and never reopened. While reasons for closing the park are disputed, many people think it’s because of the water issues.

What’s more, when Typhoon Lagoon opened in 1989 and Blizzard Beach opened in 1995, they had more impressive attractions and also a larger capacity. Regardless, River Country still exists, and many urban explorers broken into the park to get a glimpse of what it looks like today. Videos show that the music is still playing, many attractions are still in tact, and there are even towels still in the dispensers. They also show massive overgrowth. This is a bad idea though and not something you should try because, if caught, trespassers are banned from the resort forever.

Discovery Island is an 11+ acre natural island in the middle of Bay Lake that was inhabited until Disney bought it in 1965 while still working on The Florida Project.

Discovery Island opened to Disney World guests in 1974 as a miniature zoo complete with birds and animals like flamingos, swans, tortoises, and more. It was only accessible by boat.

Should Disney tear down abandoned attractions?