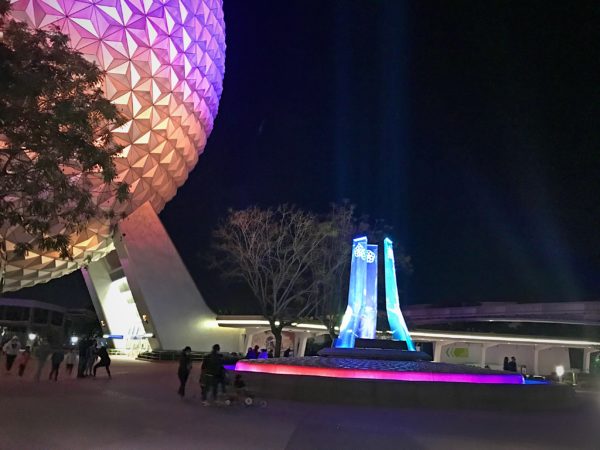 Remember back to early 2020? Disney World was firing on all cylinders. The park had opened Star Wars: Galaxy’s Edge and had big plans for the year, including a major overhaul of EPCOT.

Then, the pandemic happened.

Disney World closed on March 16, 2020.  It was the longest closure in Disney World history.  The resort remained shut down for nearly four months until Disney Springs kicked off the reopening process. In time, the company laid off tens of thousands of workers.  There were plenty of sad events in 2020.

Still, there was good news for Disney World fans in 2020.

Let’s take a look at some of the great things that happened at Disney World in 2020.

On February 9, 2020, well before most of the world was focused on COVID-19, EPCOT opened the Regal Eagle Smokehouse in the American Adventure pavilion.  It serves delicious barbeque with sauces and rubs that represent different regions of the US.  The outdoor wood smoker draws you in, but the amazing food keeps you coming back.

On March 4, 2020, Mickey and Minnie’s Runaway Railway opened at Disney’s Hollywood Studios.  Mickey and Minnie finally got their own attraction, which the company is now duplicating in California.  The attraction features trackless ride vehicles, hidden Mickeys galore, and a catchy theme song.

In June, when Disney started to announce details for the reopening of its parks, they explained a new and required form of planning: The Park Pass.  In addition to a valid ticket, you also need a reservation for a specific park on a specific day.  This allows Disney to control park crowds, which were initially set to 25% of each park’s capacity.  This new system was likely key in convincing local Florida governments to allow the parks to reopen.

On July 11, 2020, the Magic Kingdom reopened to the public and showed off a new color scheme for Cinderella Castle.  Gray and blue are out, while pink and gold are in.  The colors look better in person than they do in photos, and Disney applied the same colors to the Ticket and Transportation Center entry toll booths.

On July 15, 2020, when EPCOT first reopened, it started its first festival:  The Taste of EPCOT International Food and Wine Festival.   Twenty marketplace kitchens served up goodies for foodies and regular folks alike.

Disney could not allow parades (and the resulting crowds) due to social distancing, but they did introduce cavalcades – short mini-parades that take place at unannounced times throughout the day in all four parks.  The cavalcades make it easy to see characters without long lines or waits.  In a way, the cavalcades seem like an upgrade.

While there were skeptics, Disney’s plans to create a COVID-free bubble at its ESPN Wide World of Sports complex worked well.  It allowed the league to complete its season safely while bringing much-welcome entertainment to sports fans.

On December 2, 2020, EPCOT completed the majority of its reimagined entrance experience by removing the construction walls from the new fountain.  The fountain features three giant pillars etched with the classic EPCOT logo, much like the park’s original fountain from 1982.  It looks great during the day but looks even better at night.

On December 23, 2020, we received an early Christmas sweet treat with the opening of Gideon’s Bakehouse in Disney Springs.  The shop regularly has a two to three-hour wait in a virtual queue and serves up unbelievably delicious half-pound chocolate chip cookies in addition to a few cakes and drinks.  The treats are worth the wait.

Did you visit Disney World in 2020?  Will you visit soon?