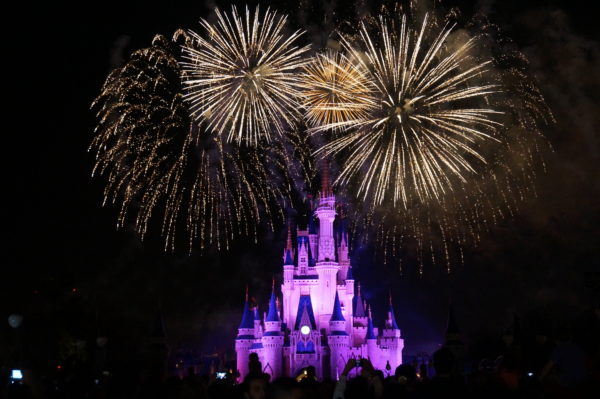 The New Year and 2018 is just around the corner, and if you’d like to celebrate in style, Disney World has a party for you regardless of your style!

There are several New Year’s Eve Parties this year in Disney World besides the celebrations that are available with regular park admission. From parties at the Disney resort hotels with private viewing of fireworks in the parks to parties inside the parks, let’s take a look at this year’s New Year’s Eve parties!

1. Down in New Orleans: A Disney New Year’s Eve Experience

Guests who like the finer things in life can join The Princess and the Frog at Disney’s Contemporary Resort Hotel’s Sorcerer’s Apprentice Ballroom. The décor will be inspired by New Orleans’ French Quarter, and the food will impress even the most refined palette.

Visit food stations to try smoked salmon mousse cones and oyster beignets, Louisiana redfish, crayfish etouffe, Black Angus beef, braise short ribs, and roast filet of beef. As you dine, a live jazz band will entertain you all evening with a vocalist joining the band later in the evening. You’ll also have private viewing of the Fantasy in the Sky fireworks show from Magic Kingdom.

Your evening begins at 7p on New Year’s Eve and the fun doesn’t stop until 12:15 on January 1st!

Several of the New Year’s Eve Parties allow you to see the Magic Kingdom fireworks at midnight!

The Atlantic Dance Hall on Disney’s BoardWalk is hosting a exciting party with upbeat music, food and drinks, and some Disney magic. You’ll be dancing all night, then put on your party hats and grab your noisemakers because you’ll have a view of IllumiNations in Epcot while you have a champagne toast at midnight

This party is 21+, and you must have a valid ID to enter.

3. Dinner and Dancing Under the Sea

If you like seafood, check out the Dinner and Dancing Under the Sea Party at Flying Fish, now featuring a newly remodeled and reimagined dining room.

The fun starts at 7pm with cocktails for the adults plus hor d’Oeurves and a seafood display. Dinner is served family style and is sustainable seafood, as is appropriate for this restaurant.

Entertainment includes caricature drawings, a jazz band, and a champagne toast at midnight. While there isn’t a clear view of the Epcot fireworks from here, you are welcome to go to the Atlantic Dance Hall for fireworks and midnight festivities.

It’s fun for the whole family with a live bluegrass band and a DJ for entertainment who will have you dancing with your favorite Disney characters all night. You’ll also have an excellent view of the Magic Kingdom fireworks.

Disney’s Contemporary Resort Hotel will ring in the new year with the Pixar Party: A New Year’s Eve Celebration. This family-friendly event is perfect for Pixar fans because the whole event space will be transformed into some of your favorite movie scenes like Andy’s Room from Toy Story, Metro City from The Incredibles, and a fantastic journey by Up.

Dinner is served breakfast style, and a Radio Disney DJ will spin the hits all night long. At midnight, guests will be escorted to a private viewing area for the Magic Kingdom fireworks.

Playing in the background will be Disney music plus check out the vignettes that make for perfect photo opportunities.

Epcot admission is required for this party, and you can use the Disney Dining plan. Since you’re already in Epcot, you’ll have great views of IllumiNations. 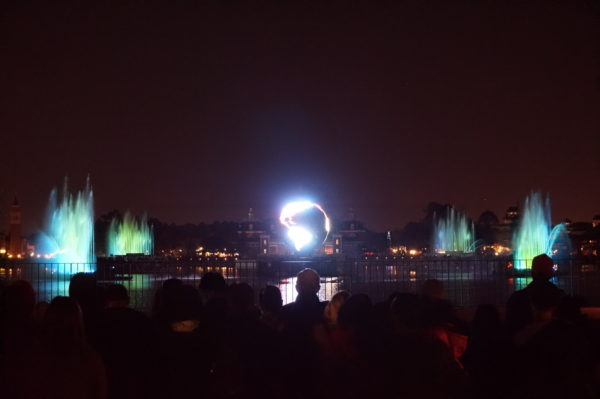 Let’s head back to the Contemporary for the Disney Countdown to Midnight. This adults only party starts at 8pm in the Fantasia Ballroom with drinks and an interactive DJ. Dinner is served with selections from California Grill, Flying Fish, and Citricos and Narcoossee’s of Disney’s Grand Floridian Resort and Spa.

Entertainment includes photo opportunities and an appearance by Mickey and Minnie Mouse! At midnight, you’ll enjoy a champagne toast at midnight while you watch Fantasy in the Sky fireworks at magic Kingdom.

Have you celebrated New Year’s Eve at Disney World?  Will you this year?