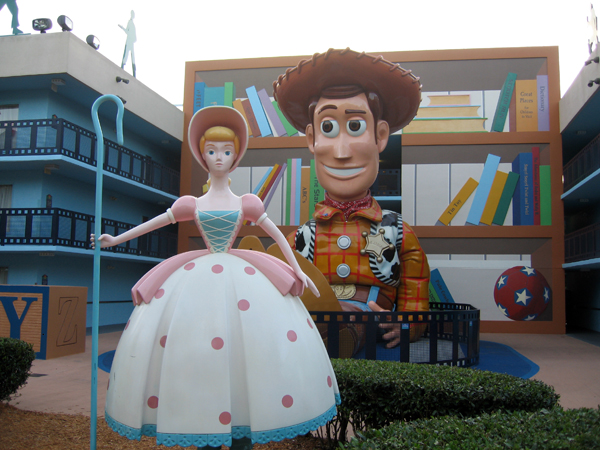 Twenty-four Disney Refurbishments and Closings in 2017

Walt Disney World is known for their always-fresh look. You’ll never see pealing paint, dust (that isn’t part of the attraction theme, that is), or broken down parts.

In order to keep things running in tiptop shape, Disney has to close down attractions, resorts, and restaurants for periods of time to do routine maintenance and add new things.

Unfortunately, this means that some parts of the resort will be unavailable during certain times. If you’re visiting or planning to visit during one of these times, it’s good to know what’s going to be available for your enjoyment and what might be unavailable.

However, if your dates are flexible, you can plan your vacation around these dates to get new amenities in hotel rooms and try new restaurants and even whole attractions!

Let’s take a look at the scheduled refurbishments for 2017.

Magic Kingdom is Walt Disney World’s oldest theme park, so it takes some special attention to keep it running well and keep it current.

2 – Liberty Square Riverboat will close on January 3rd for a short refurbishment. It’s expected to reopen on January 12th, 2017.

3 – Hall of Presidents, which is located in Liberty Square and houses an audio-animatronic of every president in the history of the United States, faces an extended refurbishment in 2017. From January 17th through June 29th, Disney Imagineers will work to update Hall of Presidents with the newest president. It’s yet to be seen whether Trump will offer his voice for his character like the most recent presidents Barack Obama, George W. Bush, and Bill Clinton.

4 – Finally, Stitch’s Great Escape is operating on a seasonal schedule right now. The attraction is expected to be closed and re-themed, but no official announcement has been made yet.

5 – Disney’s famous monorail, which runs between the Magic Kingdom area resorts, Magic Kingdom, and Epcot, is getting some routine maintenince until February 28th, 2017. Some routes may be interrupted or modified during this time. Just be patient; I’ve used the monorail during training exercises when service routes have been changed, and they always have plenty of Cast Members and signs telling you how to get to your desired destination.

6 – Disney’s All-Star Music Resort has two pools. The Piano Pool, which is shaped like a piano and has a keyboard sun deck is currently closed and is expected to reopen on February 3rd, 2017. While this pool is closed, guests can use the Calypso Pool, the largest of all value resort pools, near Melody Hall.

8 – Disney’s Animal Kingdom Lodge will be working to replaced soft goods (such as linens) at Kidani Village Villas. This renovation will last through January 2017 and it will result in new bedding, curtains, flooring, and wall treatments.

9 – Disney’s Coronado Springs Resort, a Disney moderate resort, will undergo a hard-goods refurbishment through 2017. While we don’t know specifics, this probably means new furniture and fixtures.

10 – Disney’s Old Key West Resort was the original Disney Vacation Club resort. It opened in 1991. As such, it will receive a resort-wide refurbishment starting in the spring of 2017 through 2019.

11 – A more current renovation will occur at the Sandcastle Pool from January 2nd through February 24th, 2017.

12 – Disney’s Pop Century Resort is probably the most reasonable Disney Value Resort on property. All year round, this resort has competitively priced rooms, and families love it here. Fans of the resort will be happy to hear that Pop is getting a hard-goods refurbishment throughout 2017!

13 – The Computer Pool closed late 2016 until January 3rd, 2017 for some work, and the Hippy Dippy Pool, the one just outside of Everything Pop Food Court, will be closed from January 13th through January 20th. During this time, guests can use the newly rehabbed Computer Pool or the Bowling Pool.

14 – Disney’s Wilderness Lodge is getting a massive renovation right now as the resort adds Boulder Ridge Villas, a new DVC location. This addition will also bring a makeover to the Hidden Springs leisure pool, the resort beach, the playground, the recreation fire pit, and the Cub’s Den Children Activity Center, which will all be closed through 2017. During this renovation, some paths and trails may be temporarily unavailable.  If your vacation planning involves a stay at the Wilderness Lodge, you might want to wait until 2018.

15 – The Convention Center shared by Disney’s Yacht Club Resort and Disney’s Beach Club Resort will be expanded and renovated and isn’t expected to reopen until early February, 2018. During construction, however, guests may see or hear the work going on. Work will only take place between 9am and 9pm.

16 – From January 3rd through February 10th, 2017, the Stormalong Bay slide will also close for refurbishment, but the pool will remain open.

17 – Typhoon Lagoon, one of the two Disney water parks, will be closed through March 11th, 2017 for its annual refurbishment. The water park will close Shark Reef permanently on October 3rd, 2017.

Since Blizzard Beach just had it’s annual refurbishment at the end of 2016, this park will be open for your enjoyment!

18 – The Garden Pool at Disney’s Boardwalk Inn is one of two leisure pools at the resort. It will be closed from February 13th to February 15th for some brief work.

19 – The Villa’s Community Hall Pool will also be closed from February 27th through March 1st.

Disney Springs, which was recently re-themed and renamed from Downtown Disney, is almost complete, but there are a couple more things to do.

22 – Through early 2017, Planet Hollywood is being re-themed to match its surroundings. When it reopens, it will be known as the Planet Hollywood Observatory and will be a four-story table-service dining restaurant! While no completion date is known, they are taking reservations for January 2017.

23 – Fulton’s Crab House closed during the transformation to Disney Springs, and it will reopen in 2017 as Paddlefish.

24 – Walt Disney World Dolphin Resort and its sister resort, the Walt Disney World Swan Resort, are undergoing the largest renovation in its history. The construction has been ongoing, but everything is scheduled for completion by the end of 2017. The last project is a multi-million dollar lobby makeover starting in spring 2017 and lasting until Fall 2017.

Does Disney do a good job with general maintenance?