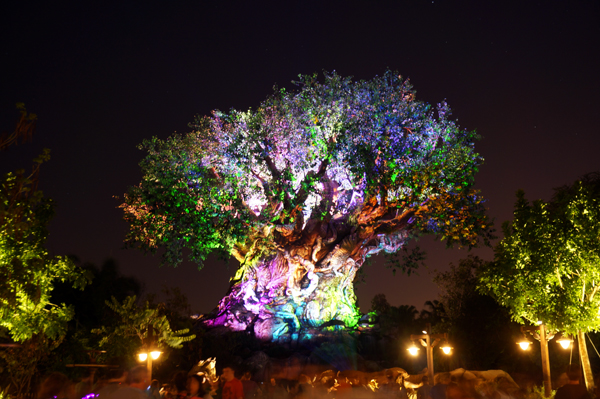 27 Changes That Took Place at Disney World During 2016

So much happened in 2016; if you haven’t visited in the last year, there’s certainly something you haven’t seen.

Let’s take a look back at what happened in 2016 park by park.

1 – Magic Kingdom saw a new restaurant in 2016: The Jungle Navigation Co. Ltd. Also known as the Skipper Canteen, this table service location technically opened at the tail end of 2015, but most people visited in 2016. This Adventureland location serves up jungle cuisine in a variety of themed dining rooms like a mess hall and a secret meeting room of the Society of Explorers and Adventurers.

2 – Swiss Family Treehouse, also in Adventureland, faced a long refurbishment but it reopened in 2016 as good as new!

3 – Pecos Bill Tall Tale Inn and Café has long been a favorite restaurant in Frontierland. Guests visiting in 2016 got to try an all-new menu with traditional burgers and chicken fingers removed from the menu in favor of southwest tastes.

4 – Close by, Big Thunder Mountain was closed for several months for refurbishment but is now reopen to the delight of Disney fans.  (By the way, a doctor noted in October 2016 that research suggests Big Thunder Mountain results in the passing of a kidney stone in almost 70% of the rides.  Nice!)

5 – Carousel of Progress received a fresh coat of paint and a new sign. This attraction, which was originally created for the 1964 World’s Fair, has been a staple in Tomorrowland since Magic Kingdom opened in 1971.

6 – Disney Imagineers decided to paint the rocks in Tomorrowland blue this year. Why? I’m not really sure, but I can’t say I mind the new colors!

7 – Stitch’s Great Escape, also in Tomorrowland, went to seasonal operation ahead of an anticipated full closure to make room for a completely new themed attraction.

8 – In Liberty Square, Haunted Mansion got an exterior refurbishment in 2016.

9 – The Muppets also arrived in Liberty Square in October 2016 to teach visitors about American History in a way only they can. Outside the Hall of Presidents, guests learned about the midnight ride of Paul Revere, the Declaration of Independence, and the founding fathers.

Epcot also saw its fair share of news in 2016, although it’s still the only park to not be renovated recently.

10 – Baymax became available for a meet and greet in the Epcot Character Spot. He moved from Hollywood Studios to Epcot to make room for Star Wars Launch Bay.

11 – Also in Future World, Soarin Around the World opened with a new film and expanded to a third theater. Even though the attraction increased its capacity by 33%, this is still one of the longest wait times in Epcot.

12 – In December, Spaceship Earth was transformed into the Death Star for one night only to promote Rogue One. The night included announcements regarding the new Star Wars land in Hollywood Studios as well as the Star Wars series.

13 – Over in World Showcase, Frozen was far from being completed at the beginning of 2016. By the end of the year, Frozen Ever After, which ends with an Anna and Elsa meet and greet, is one of the longest wait times in all of Disney World. The attraction even brought an unprecedented early open for Mexico and Norway.

14 – Epcot also hosted the longest International Food and Wine Festival since it began in 1995. The festival is expected to be even longer in 2017.

Disney’s Hollywood Studios had a year of transition.

15 – Pizza Planet, Streets of America, and the Backlot tour were all casualties of 2016.

16 – Christmastime 2016 was the first season without The Osborne Family Spectacle of Dancing Lights in many years.

17 – We’re starting to get a glimpse of what might be to come. Pizzerizzo opened in 2016 where Pizza Planet once stood. This was a welcome sigh of relief that The Muppets are safe.

18 – Star Wars also earned a larger presence even though the land itself is far from being complete. Star Wars: A Galactic Spectacular opened and Rogue One took over Star Wars Launch Bay.

Disney’s Animal Kingdom is also under construction. Pandora kept growing throughout the year, and there were construction walls everywhere.

19 – Disney introduced a limited time showing of Jungle Book: Alive with Magic to fill the void left by not opening the new nighttime show, Rivers of Light.

20 – Tiffins Restaurant and Nomad Lounge opened in 2016 to accommodate the nighttime guests in the park.

22 – Dinosaur also saw an extensive closure for refurbishment and reopened in 2016 for fans to visit.

23 – Shanghai Disneyland opened in 2016, and the China Pavilion in Epcot’s World Showcase added a preview center for the new theme park.

24 – Disney Springs was still very much under construction at the beginning of 2016 as well. At the halfway point, we saw a huge opening called Town Center. This brought high end shopping and dining to the area. The final construction walls will probably come down in 2017 when things like Paddlefish (formerly Fulton’s Crab House) and Planet Hollywood Observatory open to the public.

25 – Starbright Holidays drone show wowed crowds at Disney Springs.  It was a short show, but was very impressive.

26 – The MyDisneyExperience app received an update. Guests could now, for the first time, make FastPass+ reservations right from the app for more than one park in one day. They could also make more than three reservations in one day.

27 – Disney announced many upsell options including Express Transportation, which allows guests to buy access to backstage bus routes. They can skip security and get between parks faster than ever before.