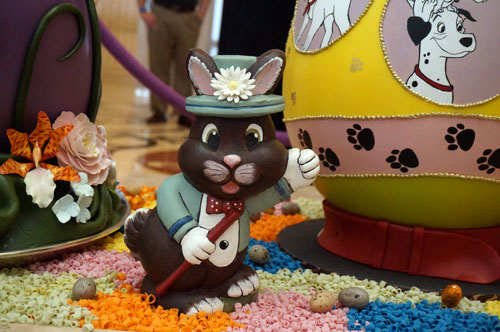 For the fourth year in a row, the bakery team at Disney’s Grand Floridian Resort and Spa have created a set of amazing Easter Eggs which are on display through April 10, 2015 in the main lobby.

The tradition of creating spectacular Easter Eggs at the Grand Floridian actually goes back 19 years, but in the past the eggs were on display in restaurants in the resort. For the past several years, Disney has put the eggs in the lobby so that more people can enjoy them.

The Disney Cast Members who create the eggs use edible products that include fondant, royal icing, and cocoa butter to create the eggs, each of which is a unique work of art. Some designs have returned from last year, while others are new for 2015. 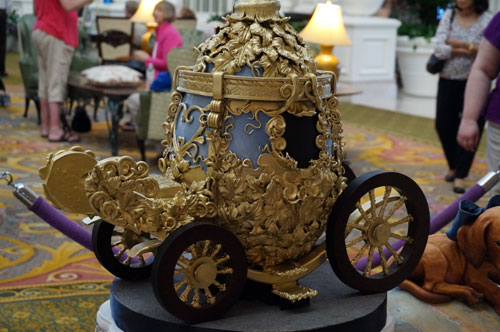 New for 2015 is Cinderella’s Carriage. 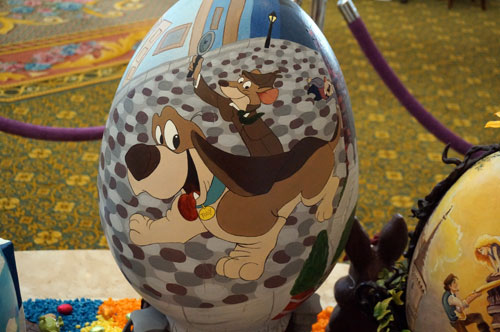 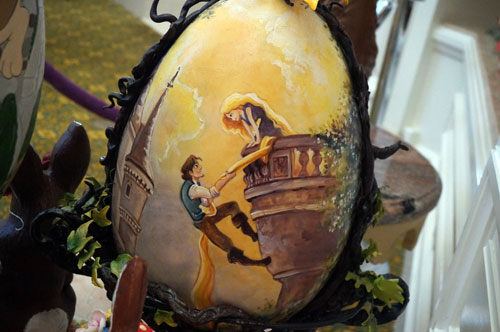 Rapunzel and Flynn Rider from “Tangled” are back. 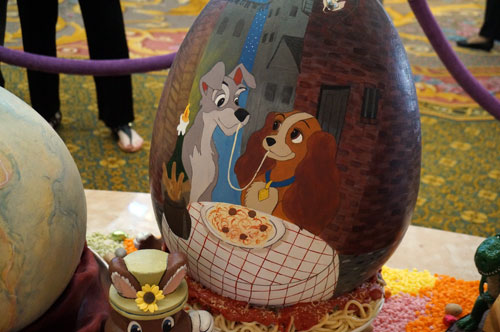 “Lady and the Tramp” is a popular egg that returns again this year. 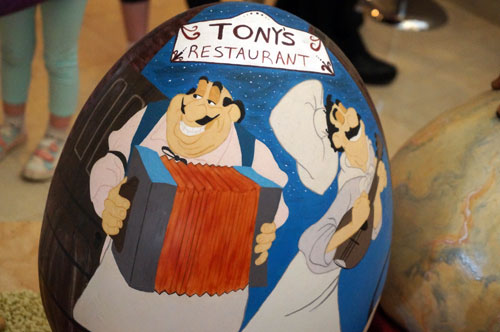 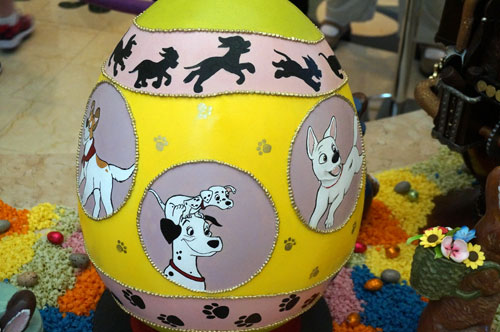 This egg celebrates famous Disney dogs, including those from “101 Dalmatians”.

Do you like the Easter Egg display at Disney’s Grand Floridian?