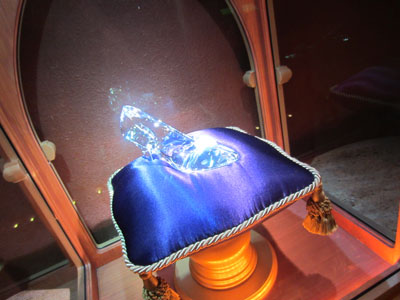 2013 Year In Review At Disney World

Looking back over the past year is a popular tradition during this time of the year. This is a good time to reflect on what has happened and put the full year in perspective.

It’s also amazing to see how quickly a year flies by!

It turns out that 2013 was a very active year for those of us who enjoy Walt Disney World.

Let’s take a look at some of the major events that happened in 2013:

Disney announced its 2013 Limited Time Magic promotion for the year with great fanfare – going so far as to build a castle out of ice in Times Square in New York City. I’m sure that was an adventure for those who made it happen! There were a few really good events as part of this promotion – May the Fourth Be With You (Star Wars Celebration), The Villains Friday the 13th party, and Long Lost Friends character meet and greets. Beyond that, I was a bit disappointed in this promotion. Many other events that Disney offered simply turned out to be a dance party, a special cupcake, or some decorated ear hats. Nice, but hardly blockbuster fun.

You can set your sun dial by this rite of spring – Disney increased ticket prices in 2013 as they now do every year. For the first time, single day admission to the Magic Kingdom now costs more than $100, and costs more than entry to the other parks. This action angered Disney fans everywhere, as it often does. There were great debates about Disney pricing normal families out of a Disney vacation. While I don’t like the price increases either, I think that a visit to Disney World is still a great value considering all that you get.

One of the most hotly debated issues at Disney World in 2013 was the introduction of Starbucks – first to the Magic Kingdom on Main Street and then to Epcot. People debated the quality of the coffee, but mostly feared that Disney would mess up the atmosphere of these locations. I think that Disney did a good job of integrating Starbucks into these environments.

We may never know for sure, but the Tangled Rest Area could be the most elaborately themed rest rooms ever built. The design and detail in the area is great and I think most people were very happy with the end result. It’s too bad that all that time, money, and attention was spent on just a few toilets.

The redo of Disney Springs was stopped and restarted at an expansive overhaul that will eventually be called Disney Springs. Already Disney has started real construction, including removing buildings and starting the groundwork on some badly needed parking garages. Parking chaos ensued, but sometimes we need to deal with some inconvenience in order to get a better product in the end. It will be a few years before it is all done, and I personally can’t wait to see the end product.

Perhaps as much as the Starbucks controversy, people were talking about the changes to ride access for disabled guests with the Guest Assistance Card. Issues of fairness, proper accommodations, and meeting special needs all collided in a huge brouhaha. I think there are still plenty of people who aren’t happy with these changes, which I believe were sadly needed since a few bad apples ruined the old system.

Lovely. Beautiful. Detailed. Expensive. These are all words you can use to describe the new Disney Vacation Club location at the Grand Floridian Resort And Spa. I say – I’ve you’ve got the means, go for it. How nice would it be to have your very own Grand Floridian DVC unit on the monorail line?

Glow With The Show

Glow With The Show are ear hats that light up with Fantasmic and Wishes. They are a great idea in theory but don’t seem to go so well in practice. People generally feel the price was high at $25 each, and the hats are a bit bulky. The big problem is that not quite enough people tend to purchase these hats, so the effect – which could be amazing with a high participation rate – is less than it could be.

Love it or hate it, Avatar is coming to Disney World. Someday. Disney made an announcement that plans were progressing and they brought out some additional concept art. Construction stated on the new theater for The Festival of the Lion King. However, we have no timeline on when to expect new rides to open. It may be a while.

Attention princess fans – there is a new permanent home where you can always visit Cinderella and Rapunzel, plus another visiting princess like Snow White or Aurora from Sleeping Beauty. The details in this new area are terrific, although some folks complained that we lost a classic dark ride (RIP Snow White’s Scary Adventures) for yet another character greeting area.

Disney loves to play with technology and we get the benefits. For the first time ever, Disney put a talking Mickey Mouse into a regularly scheduled meet and greet. It doesn’t seem like the technology has fully arrived since Mickey’s vocabulary is limited, but it’s still pretty cool.

Disney decided to put a Christmas-themed overlay onto the popular Adventureland attraction The Jungle Cruise. It’s wasn’t as much as many people expected. The overlay was mostly some extra props in the queue and a new spiel by the boat captains. Let’s hope these are some first steps on an improving Christmastime tradition.

Many people will remember 2013 at Disney World as the year MyMagic+ started to roll out. Disney installed plenty of new hardware, with new RFID ticket readers at the entrance to all the parks as well as readers at the entrance to many attractions. The new billion dollar project still isn’t complete, and there are still questions about how it will work once all the tests are finished. We should know lots more in 2014.

It seems 2013 was a busy year for Walt Disney World, and fans received lots of excitement along the way.

Did you think 2013 was a good year at Disney World?